Vol 2 in the Dana McGarry Series

An often engaging story about a young female professional making her way in the world, and an interesting examination of love and what can happen to it    —Kirkus Reviews

This was such an interesting read…love Dana and her drive and common sense in all aspects of the life she was in. Amazon review October 30, 2018 ~ five stars

Lynn Steward has a special talent when it comes to writing about women who are strong yet sensitive and vulnerable. Her knowledge of the fashion business speaks for itself; the story sparkles with authenticity.  Amazon review May 29, 2015  – five stars

I’m pleased to recommend What Might Have Been to anyone who enjoys a good tale that lets the reader become one of the characters. Open the first page and step into a world that will seem new and yet familiar, as a visit to a town where one might enjoy living. You will really like meeting these people and find yourself looking forward to future visits with them in future stories by this talented writer.                                           Amazon review May 22, 2015-  four stars

This is an intelligent novel that features likable characters that resonate emotional truth. It will envelope you in the graceful notes of the New York that disappeared only a few decades ago. Every page is a pleasure.        Amazon review June 2, 2015 – five stars

A great read bringing us into a world of joys and sorrows all generations of women will relate.    Amazon review May 26, 2015 – five stars

This is a New York story told in genuine New York style in voices that ring true. It’s now been several weeks since I read A Very Good Life. (Ms. Steward shared her book with me after she read my post about my childhood memories of the great B. Altman department store.) What is a bit funny is that I remember it not as a book that I read but as a movie I watched – the experience of reading it was like watching one of the great films of the 1970s, the ones that featured female leads that you immediately got caught up with and fell alongside them in their journey from the first scene. An Unmarried Woman comes to mind. City Girl Writes

Lynn Steward highlights nuances of 70s life in New York City that are rarely featured in books or in films set in that decade. It is a New York story told in New York style  Ask a New Yorker

If you love women’s fiction and are a fan of strong female protagonists, I recommend you pick this one up. It won’t disappoint. Book Reviews by Susan Keefe 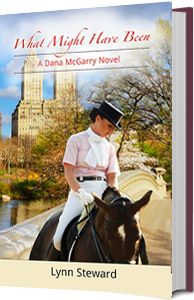