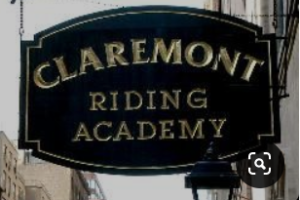 Claremont Riding Academy, was located on Manhattan’s Upper West Side, just two blocks from Central Park’s six-mile bridle path, at 175 West 89th Street. It was built as stables in 1892, converted to the riding academy in 1927;  and permanently closed in 2007. Throughout its history, it contributed to the charm of the city.  Of the 110 horses that were housed, approximately half were for rent, and the rest boarded, for private owners, but riders were from all boroughs and socio-economic backgrounds, 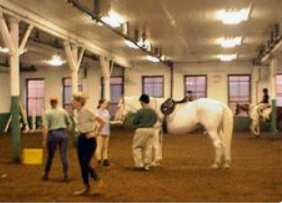 In the novel What Might Have Been, we learn of the challenge to keep the Academy’s doors open as far back as 1973 when the city condemned the building.  That year, horses were boarded for a monthly fee of $117.50 and the hourly rental fee to ride was  $8.50 . In July of 1973, a two-year reprieve was announced by the parks commissioner and, with dedication and financial support from the owners,  the doors stayed open for another thirty-four years  Today, the bridle path is enjoyed by joggers and children in nearby schools. #DanaMcGarrySeries #newyorkcity #manhattan #LynnStewardny #claremontridingacademy